FALLS OF THE OHIO STATE PARK 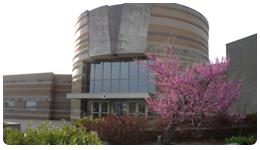 Located on the banks of the Ohio River in Clarksville, is the Falls of the Ohio State Park. The 390-million-year-old fossil beds are among the largest, naturally exposed, Devonian fossil beds in the world. The park features a spectacular Interpretive Center overlooking the fossil beds, which contains an interactive exhibit gallery. 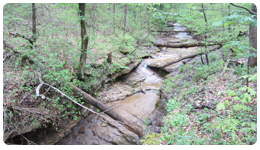 Once a largely undeveloped portion of the huge (15,000-acre) Indiana Army Ammunition plant, Charlestown State Park is located in southern Indiana. The park is easily accessible, located 8 miles east of I-65, on State Road 62. With scenic vistas of the Fourteenmile Creek valley and the Ohio River, with elevation changes of over 200 feet, Charlestown has much to offer the visitor with its rugged hills and deep ravines. While hiking the rugged terrain you will see Devonian fossil outcrops and areas of karst sinkhole topography. Bird watchers will enjoy the 72 species of birds, including bluebirds, black vultures and an occasional bald eagle. Charlestown is one of two state parks offering full hookup campsites.

Clark State Forest, established in 1903, is the oldest state forest in Indiana. The original appropriations to purchase a 2,000 acre tract took place during the administration of Governor Winfield Durbin. In the ensuing 96 years, additional acquisitions have increased this area to the present 24,000 acres. Much of this land was originally part of Clark's Grant, lands provided by a clause in the Virginia Cession of Claims to the Northwest Territory on December 20, 1783.

Clark State Forest was used as an experimental forest for many years, early in the development of forestry into a science and profession. More than 150 experimental tree plantings, established from 1905 through 1935, can still be observed in many areas throughout the forest. 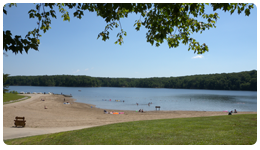 Deam Lake is forest property designed for recreational activities. Under the multiple use concept, a variety of compatible activities are available. These include fishing, boating, swimming, camping, picnicking, hiking and hunting in designated areas. The 194-acre lake was constructed in 1965 and was named in honor of Charles Deam, Indiana's first state forester. Deam is best known for his book, Trees of Indiana, a comprehensive study of trees throughout the state. He was also instrumental in getting land set aside for what is now the Department of Natural Resources. 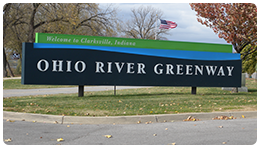 The Ohio River Greenway provides a common linkage between the Communities of Jeffersonville, Clarksville, and New Albany, Indiana along the banks of the Ohio River and to promote a passive recreational environment for river access, while allowing each community to construct riverfront amenities to enhance the overall project. 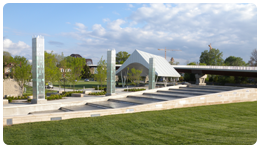 The Big Four Bridge spans the Ohio River and connects Louisville, Kentucky to Jeffersonville, Indiana for Pedestrains and Bicyclists. The bridge was completed in 1895, and was later updated in 1929. The bridge remained closed for many years until being re-opened for pedestrian and bicycle traffic in May 2014. The bridge takes its name from the defunct Cleveland, Cincinnati, Chicago and St. Louis Railway, which was nicknamed the Big Four Railroad. The ramp coming off of the Big Four Bridge into Historic Downtown Jeffersonville opened May 2014. 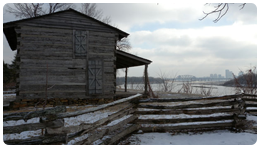 The George Rogers Clark home site is located at the lower end of the Falls of The Ohio. This location, referred to "Clark's Point," is situated in a sharp curve enabling one to have a spectacular panorama of the falls,  and a view both up and down river for a considerable distance. George Rogers Clark selected this site as the location of his "retirement home." Today, the 7 acre tract is part of the Falls Of The Ohio State Park and also lies within the boundaries of the 1404 acre National Wildlife Conservation Area giving this historic site additional federal protection. 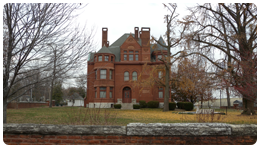 The Howard Steamboat Museum preserves the Howard family story, their mansion and the history of their shipyards and to foster an appreciation of the significance of steamboats and steam engines in general in the development of commerce along what is the largest inland river system in the world.

During its three-generation, 107-year history, the Howard Shipyard would put over 3,000 vessels in the running waters of the Ohio and established the largest inland shipyard in America. The story of the hard-working Howards and their famous riverboats is being preserved and presented today by the Howard Steamboat Museum, housed in the century-old Howard mansion, a remarkable artifact in its own right.

The massive 22-room Romanesque Revival mansion was built adjacent to the old Howard Shipyard in 1894. Its location made it easy for Howard's stable of craftsmen to help in its construction and their fine hand is evident in the interior gingerbread woodwork and the grand staircase, so reminiscent of those built in the elegant Howard steamboats. Visitors will admire the mansion's sumptuous late-Victorian interior, but if they are river and steamboat enthusiasts, they will get lost in the museum's collection. 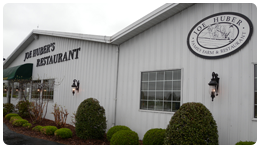 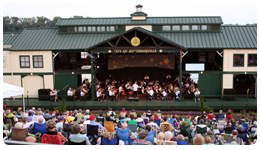 RiverStage is moored at the foot of the Terraced Lawn on Jeffersonville’s bank of the Ohio River. 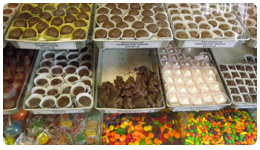 Schimpff’s Confectionery is one of the oldest, continuously operated, family-owned candy businesses in the United States. Opening for business in its present location in 1891 by Gustav Schimpff Sr. and Jr., Schimpff's continues to delight visitors and remains a Southern Indiana family favorite.

Candy Museum and Candy Demonstration Area offer a glimpse into the world of historic candy making, packaging and advertising. Live candy-making demonstrations are frequently given. Tours are available and groups are asked to call in advance to schedule a FREE tour of the Candy Museum.

Schimpff's is famous for its cinnamon Red Hots, hard candy fish and Modjeskas. The most recent favorite is the chocolate, caramel, and pecan candy--the Turtle.